“You shall be holy to me, for I the Lord am holy and have separated you from the peoples, that you should be mine.” Leviticus 20.26

[I genuinely wish that great minds from the past were alive now to consider these things. I believe the Church needs an Aquinas, Kierkegaard, Augustine or even a CS Lewis or Chesterton, to think and write about all of this… In the meantime, I want to try and get my mind around some things, so far as I am able, for my own benefit, and for those to whom and with whom I minister…]

Holiness is a vast and well-explored topic, yet often it seems to be misunderstood. What ought to be a glorious and beautiful reality is often mired in preconceived notions of mere religious observance and legalism. To be holy is often confused with ‘living in accordance with Christian values’, or merely ‘doing good things’. A basic definition of holiness is needed for the purpose of this site. It will also put into clearer focus as to why I’m bothering to consider holiness in relation to New Media.

Holiness, simply understood, is the setting aside or devoting of things and actions for some purpose (whether that purpose is oriented towards some deity, or is of local cultural or community importance). For the human being this has involved many forms of worship in all sorts of different religions, and non-theistic worldviews, down through the millennia.[i]

For the Christian, however, holiness is understood primarily in terms of ‘being’. Ontology is the technical word for it, and it is something that Christian theology, philosophy, and any proper understanding of holiness needs to regard as a starting point.

We are commanded to ‘be holy’ because God ‘isholy’. There is a Greek philosopher named Christos Yannaras who has written much about this from an eastern Christian perspective. If we think ‘holiness’ is about conduct that favourably measures up to certain ideals established within a particular religion, this may actually be an evasion of the truth of who we are and how we are to be in the world.[ii] First of all, we need to consider who God is, and then what sort of being we are, as created in his image. Once we have some idea regarding the first two considerations we can think about conduct. However, the initial considerations open up upon vistas of their own. In asking what sort of being a human is, we must ask why we exist at all? What sort of dignity was bestowed upon us in the first place? Is this dignity a gift unrevoked? Is the dignity an ultimate expectation? How did we bring ruin upon ourselves? How does that ruin affect us individually and as a species? What did the Lord do for us in order to restore to us our dignity? These questions about our own being lead us inevitably to questions about ultimate reality, and the source of being. From whom is this gift and mystery of being derived? How does creation relate to God? Who is this God to whom the whole of creation is oriented, ourselves included? What is the final purpose of humanity and creation? An understanding of what holiness is must include these questions.

In other words, we are not called to live holy lives so that we may be congratulated by our Maker, or by one another. We are called to live holy lives because holiness is in accordance with ultimate reality, and the original purpose for humanity. God saved us so that we may again be holy, as he is. This involves participation in the divine life, because holiness is who God is, and is ultimately inseparable from him. In both western and eastern Christianity participation in the divine life of God is fundamental. “He [God] is the source of holiness, since He is the principal agent infusing grace—a share in the divine life—into the souls of men.”[iii]  It has been said by a great theologian of the eastern church, Gregory of Nyssa, that because we are made in the image of God, “humankind has no autonomous existence apart from this participation.”[iv] Whereas the Reformers always emphasized a clear distinction between Creator and the created (we don’t become holy in the same way God is holy), participation or union with God is still central. Calvin says quite bluntly “there is no sanctification without union with Christ.”[v] The recovery of holiness as union with God is why Jesus came and what he accomplished for us upon the cross, through his resurrection, ascension and the sending of the Holy Spirit. holy, not merely

Christian worship is the means to this union and participation. It is the conscious offering of ourselves, our souls and bodies, for participation. It is no longer understood first and foremost as focusing upon particular places, or fulfilling certain obligations. Worship is the act of recovering our true being, as created in his image. The sacraments (baptism and holy communion) are    understood as   being    the central    acts   of worship  in    the Church. They initiate this union and provide the ongoing nourishment for genuineworship. The Sacraments are a gift from God in order that we may recover our true being, in him. As summarized by a pair of Aquinas scholars who had dedicated their lives to worship, “a sacrament is a​ sign or indication of something else. It indicates something holy, something sacred. It indicates the grace of God. The grace of God makes men holy. Hence St. Thomas calls a sacrament the “sign of a holy thing so far as it makes men holy.””[vi] ​Or as the Reformation scholar Herman Bevinck states, “Grace restores nature and takes it to its highest pinnacle.”[vii]

By the grace of God and the strength he provides, true worship of our Maker must then involve every aspect of our lives because it involves who we are and not merely things we do in certain contexts for particular purposes. Because holiness indicates God’s purpose for us to be whole beings, there is no longer the possibility that we compartmentalize our conduct or carve off certain aspects of our lives as ‘secular’ and others as ‘sacred’. Because holiness is total, our worship must include everything we do as well. The fact that we can’t realize this perfectly or consistently is why Christian worship must always include repentance and be conducted with humility. Everything we do must be regarded as an act of worship and be compatible with God’s will for us in being and becoming holy, or those are things of which we must repent. So gardening, driving to the gym, buying food, walking in the park, shaving in the morning, giving and receiving love from our spouses, can be, and in the end must be, an act of worship.

We now spend a lot of time in New Media, and so the same principles must apply. However, in considering holiness in relation to New Media we encounter a few initial problems. What sort of activity are we doing when we engage in New Media? In what way does our immersion in virtual realities, and digital realms fragment our being? We will look at some of these initial problems. 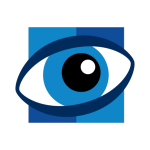 [iii] Thomas, Walter Farrell, and Martin Healy J. My Way of Life, Pocket Edition of St. Thomas; the Summa Simplified for Everyone. Brooklyn: Confraternity of the Precious Blood, 1952. 461. Print.

[vi] Thomas, Walter Farrell, and Martin Healy J. My Way of Life, Pocket Edition of St. Thomas; the Summa Simplified for Everyone. Brooklyn: Confraternity of the Precious Blood, 1952. 510. Print.